Newly appointed coach of the Super Eagles, Paul Le Guen has turned down the job, according to French sports newspaper, L’Equipe.

Paul Le Guen was yesterday announced as the new coach of the Super Eagles by The Technical and Development Committee of the NFF but new reports suggest that the Frenchman has rejected the offer, owing to the fact that the NFF did not meet the terms and conditions in his contract.

Herve Penot, a reporter at L’ Euipe, wrote via his handle @hpenot_lequipe:

The NFF on Monday, chose Le Guen as the new Eagles boss from a three-man-shortlist, which included Belgian tactician, Tom Saintfiet, and Nigeria’s Salisu Yusuf. 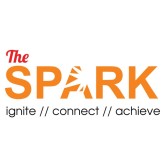 Buhari pledges support for Super Eagles, implores Nigerians to do the same