The crisis rocking the National Assembly Thursday took a new turn as lawmakers in the House of Representatives were involved in a physical brawl over the selection of House principal officers.

The house differed along two factions, the speaker Yakubu Dogara lead faction which seeks to defy the governing All Progressives Congress, APC, in the selection of the principal officers.

Violence started when some lawmakers disrupted the plenary attempting to take away the mace, which is the symbol of authority of the House.

The House and the Senate have been rocked by crisis over the election of their principal officers. The governing party had insisted on its choice of candidates for the offices however their candidates have met stiff resistance as members insist on being allowed to carry out the selection without interference from the party.

After the free-for-all in the house, members loyal to the embattled speaker rushed out shouting ‘Dogara’, and those for the APC leadership hailed ‘Gbajabiamila’ who was the party’s preferred candidate for speaker. 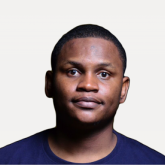 Cut-Off Reduction: We would scrap JAMB, House of Reps threatens

He is still the “father of corruption”, Reps reply Obasanjo

Osinbajo Took A Risk By Signing The 2017 Budget-Jibrin